The NexGen Audio Processor was designed by Mike Mowrey (K7ODQ) and Gary Baker (K7EMF). It is designed to make your amplitude modulated signal as loud as possible while preventing over modulation. 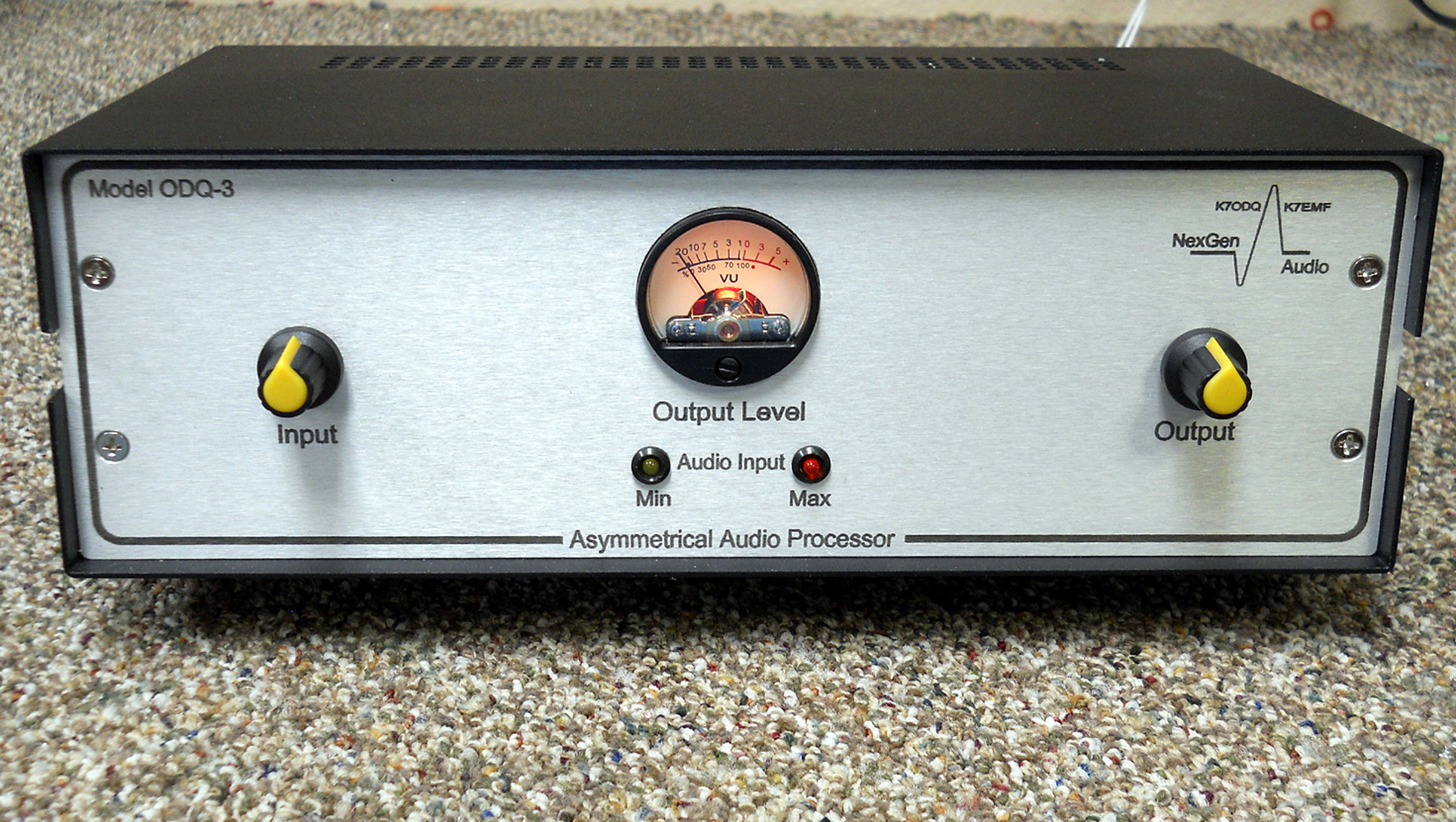 The human voice is inherently asymmetrical. By taking advantage of this characteristic one can produce a significantly “louder” sounding Amplitude Modulated signal.

Background: Audio is converted to a voltage representing the audio used to modulate a “carrier wave.” This “voltage” is comprised of a negative going and a positive going voltage. If the voltage is comprised of sine wave (symmetrical) audio, the voltage variations (swings) will be equal both with the negative and positive extremes. When this voltage is amplified and applied to the Carrier Wave, a Radio Frequency Envelope is generated. This Envelope is of great concern to us. The negative portion of the modulating voltage actually reduces the Carrier Wave toward no carrier if the negative part of the modulating voltage is great enough. We call the negative envelope “negative modulation.” Over modulation is manifested when the Carrier is reduced to Zero! We call that “Cutting The Carrier.” Cutting The Carrier causes three major issues:

With respect to the Positive modulating voltage, our primary concern is—can the Modulated Stage of the transmitter provide the RF Carrier Wave at the extreme peaks which on a modulation monitoring device (Oscilloscope) show up as peaks going in the opposite direction from the negative peaks or away from “Zero Carrier”. These positive peaks require more peak power to be transmitted and thus we need to address the transmitter’s capability to “fill out” the positive peaks. We call this issue “Carrier Reserve.” There are two areas of concern for AM transmitters of interest here:

1) Modulator Capability In Both Negative and Positive half cycles of modulation envelope.

NexGen processes (limits levels) the negative and positive halves of the audio voltages independently and gives the operator the ability to force the negative half cycle to modulate the transmitter in the negative modulation direction also (namely toward zero carrier). Conversely the positive half cycle is allowed to go as high in voltage as is generated (no limiting) and thus the positive modulation if phased according to the operators asymmetrical voice can modulate the transmitter in the positive direction significantly higher than the negative direction. The net affect is the Amplitude Modulated Carrier Transmitter system will sound significantly louder than is commonly heard on the Amateur Radio Bands. NexGen also incorporates “Negative Cycle Loading” which soft clips the extremes of the negative half cycle of the audio to act as a “safety net” to inhibit over modulation during small excursions not processed by NexGen due to “attack time” limitations. This adjustment is critical and too much negative cycle loading can cause distortion primarily during sibilance portions of the modulation. 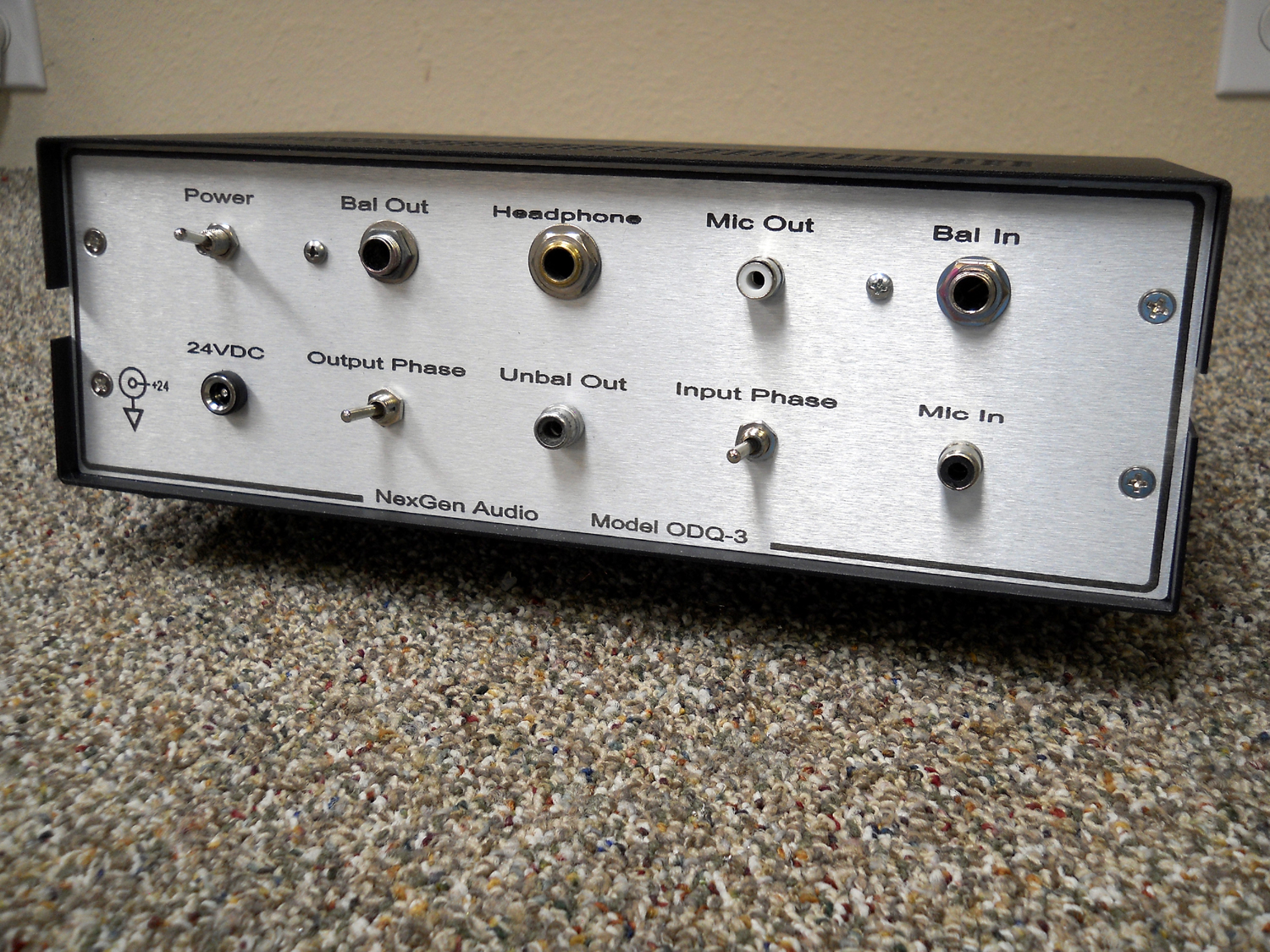 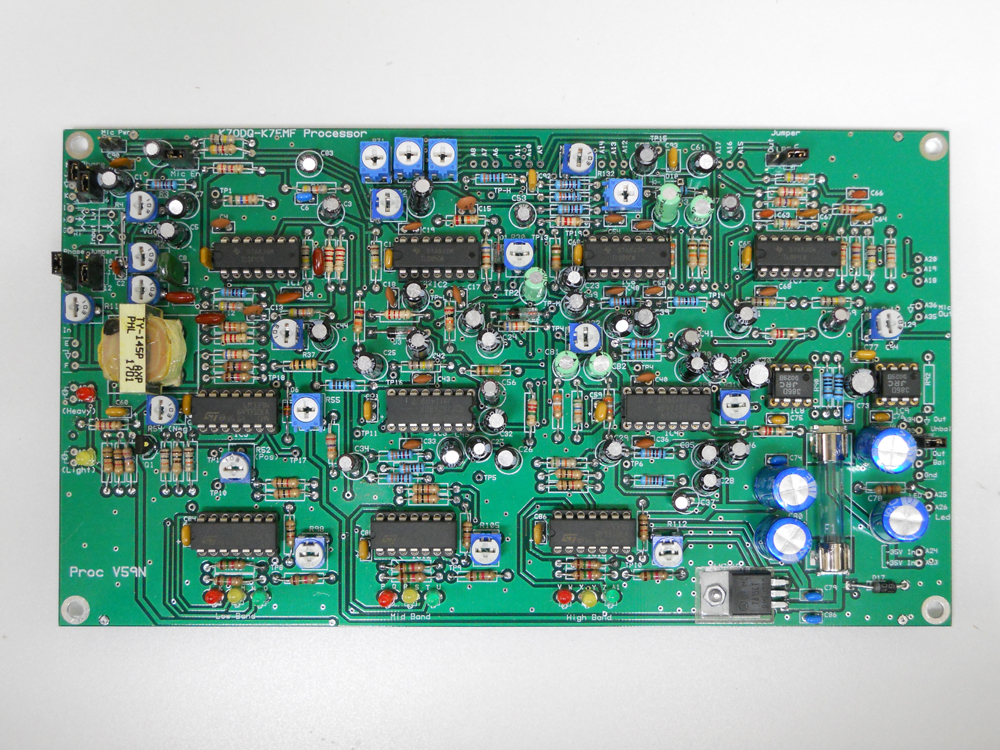 NexGen customers can opt for a DSP brick wall audio filter to replace the unit’s analog low pass filter. The DSP is jumper settable for a cutoff at 3kHz, 3.5kHz, 4kHz, 4.5kHz, 5kHz and 5.5kHz. The rolloff is very sharp–0dB to 60dB of rolloff in 200Hz! The micro processor is an ARM Cortex M4 32-bit and the codec is CD quality. Below are pictures of the DSP board which plugs into the IC7 socket of the NexGen. 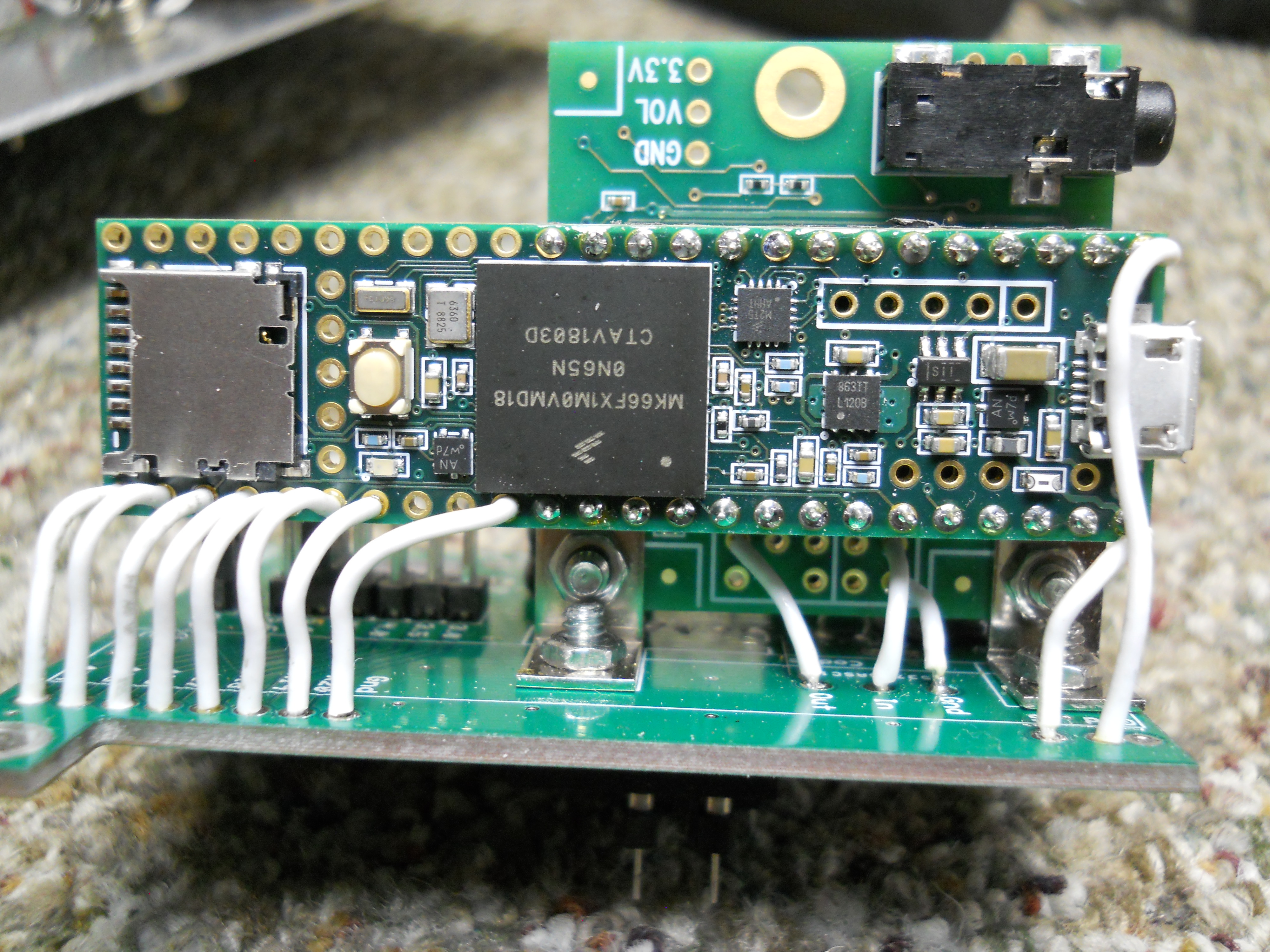 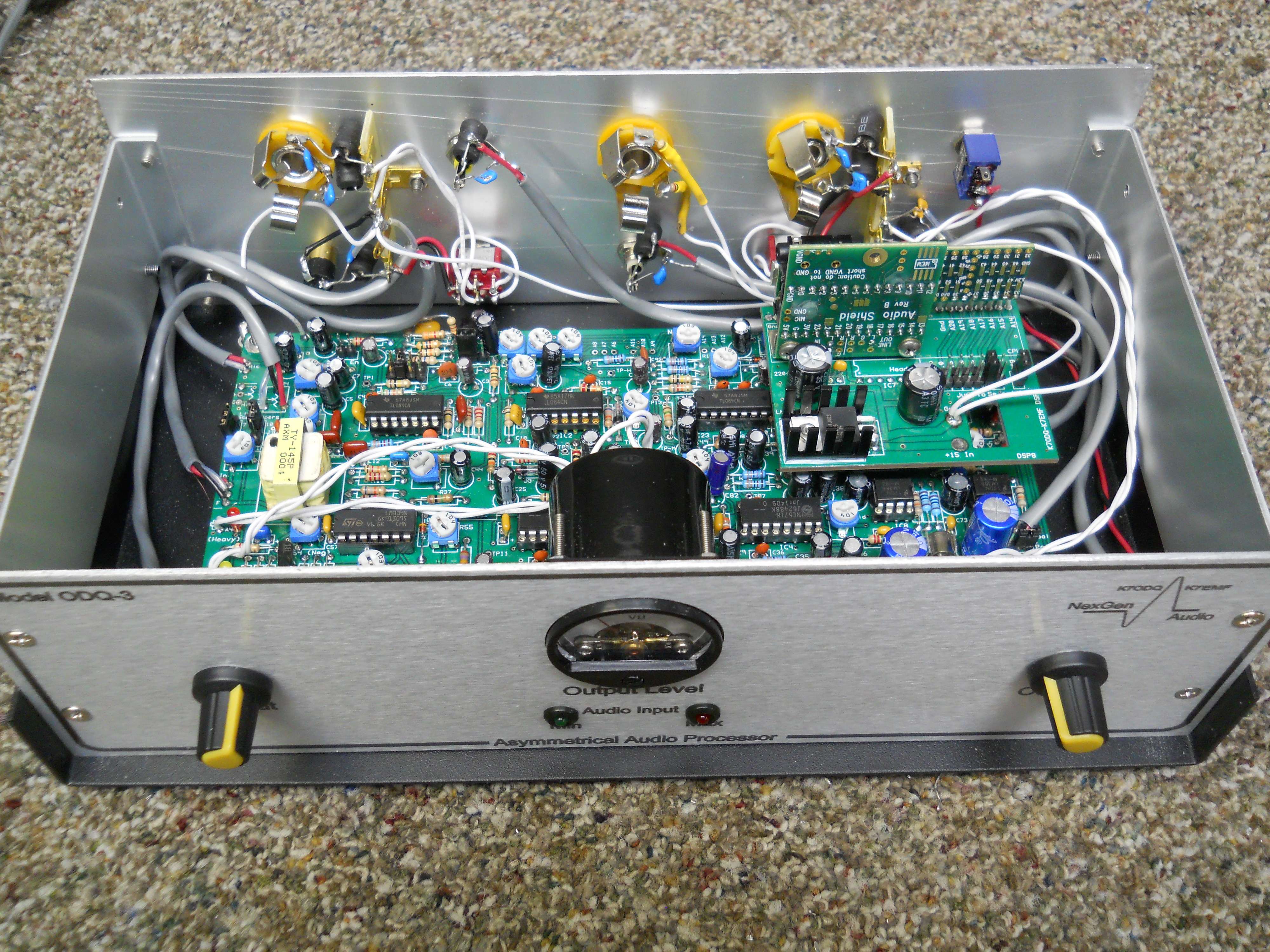 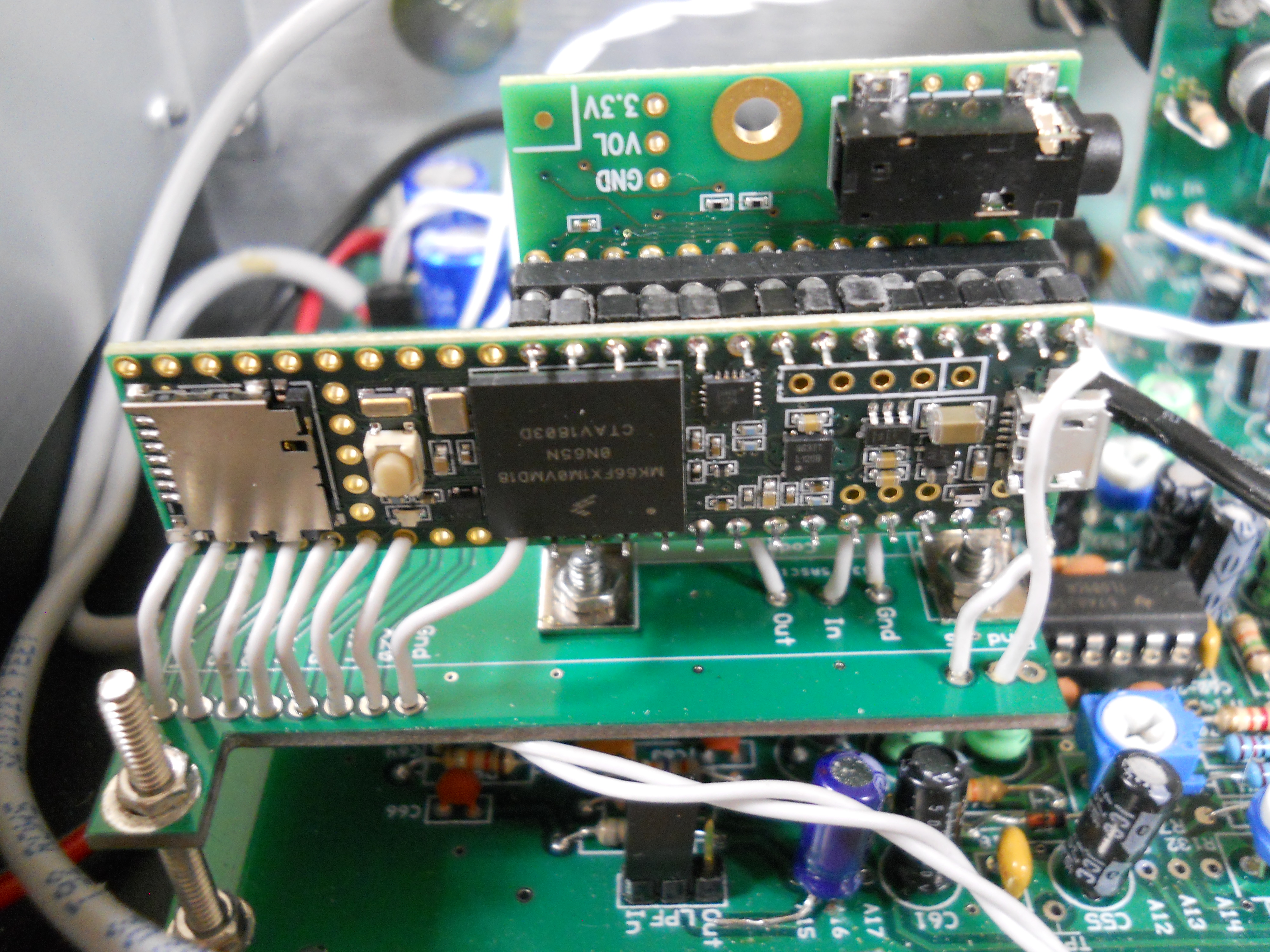 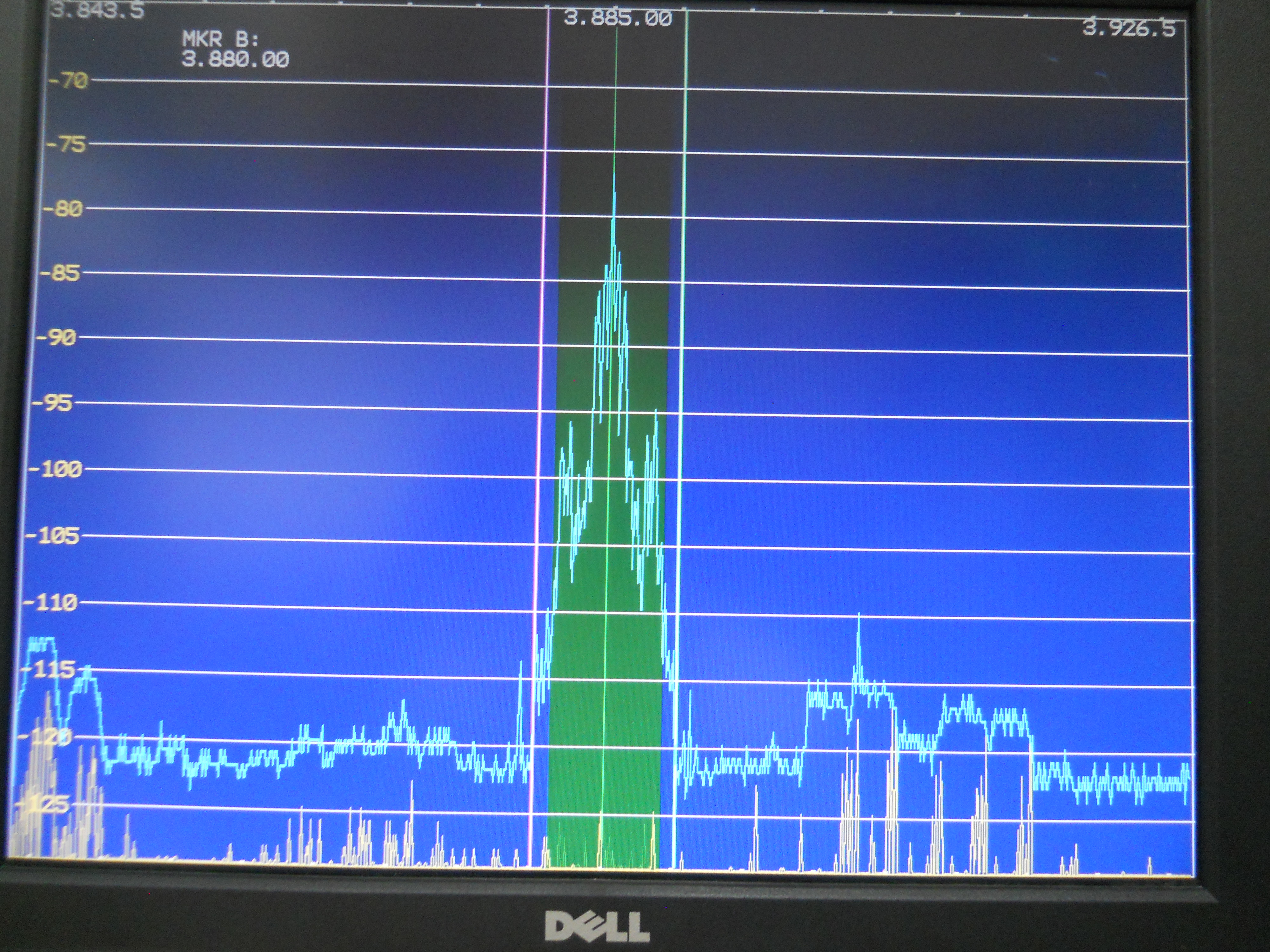 $375 via PayPal. Contact Us for more information or to place an order.

Existing NexGen customers can purchase the “Add DSP” option and ship their NexGen to Gary Baker for installation and testing. Customers are responsible for two-way freight.